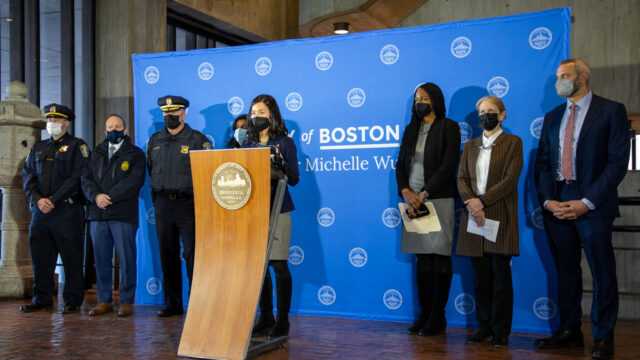 [Pictured above: Mayor Michelle Wu at a January 2022 briefing about the housing built for people formerly living outside at the corner of Mass and Cass in Boston. Boston Public Health Commission Executive Director Bisola Ojikutu stands second from right.]

In October 2014, due to serious safety concerns, the Long Island bridge was closed, and 800 substance use and shelter beds on Long Island were relocated to Boston’s mainland.

The opioid epidemic, the housing crisis, the COVID-19 pandemic, and the legacy of the bridge closure together created acute public health and public safety concerns in the area known as “Mass & Cass,” located at the intersection of Massachusetts Avenue and Melnea Cass Boulevard, including Boston Medical Center – the city’s safety net hospital.

The Mass & Cass area experienced about 200 people on the streets at a given time throughout the day and a tent encampment sprang up in Spring 2021.

Boston had three different mayors in 2021, but after Mayor Michelle Wu was elected in November, she declared encampments would be abolished.

Under Mayor Wu’s leadership, public health experts lent precision in using data to determine and understand the cause or risk factors for public health issues, to identify effective strategies on a population-level scale, and to lead with person- and equity-centered care.

The city conducted a survey to better understand the needs of the neighborhood’s unsheltered individuals and to ensure equitable and fair access to resources across race, ethnicity, and gender.

At that time, there were 145 individuals counted living in 77 tents or structures on public sidewalks. 95% of respondents listed “low-threshold housing” as a housing preference. These programs do not have strict entry requirements.

Now, 12 city agencies and the mayor’s office are collectively referred to as the Coordinated Response Team (CRT), which is primarily focused on encampment prevention and control and sanitation.

Addressing unsheltered homelessness in Boston includes interventions under the purview of, and in settings that are maintained by, various city departments. Coordination has been essential. (The agencies that form the Boston Coordinated Response Team are listed below.)

Acknowledgement of this tremendous effort to the staff, outreach, and provider teams who played a critical role in all aspects of this initiative, including BPHC Recovery Services, BPHC Homeless Services, Boston Healthcare for the Homeless, Pine Street Inn, and Eliot Community Human Services. This work could not have been accomplished without their dedication and ongoing hard work in providing care and support to people who use drugs and experiencing homelessness. Special thanks to Bisola Ojikutu, Michele Clark, Gerry Thomas and Jennifer Tracey from the Boston Public Health Commission for contributing to this story. 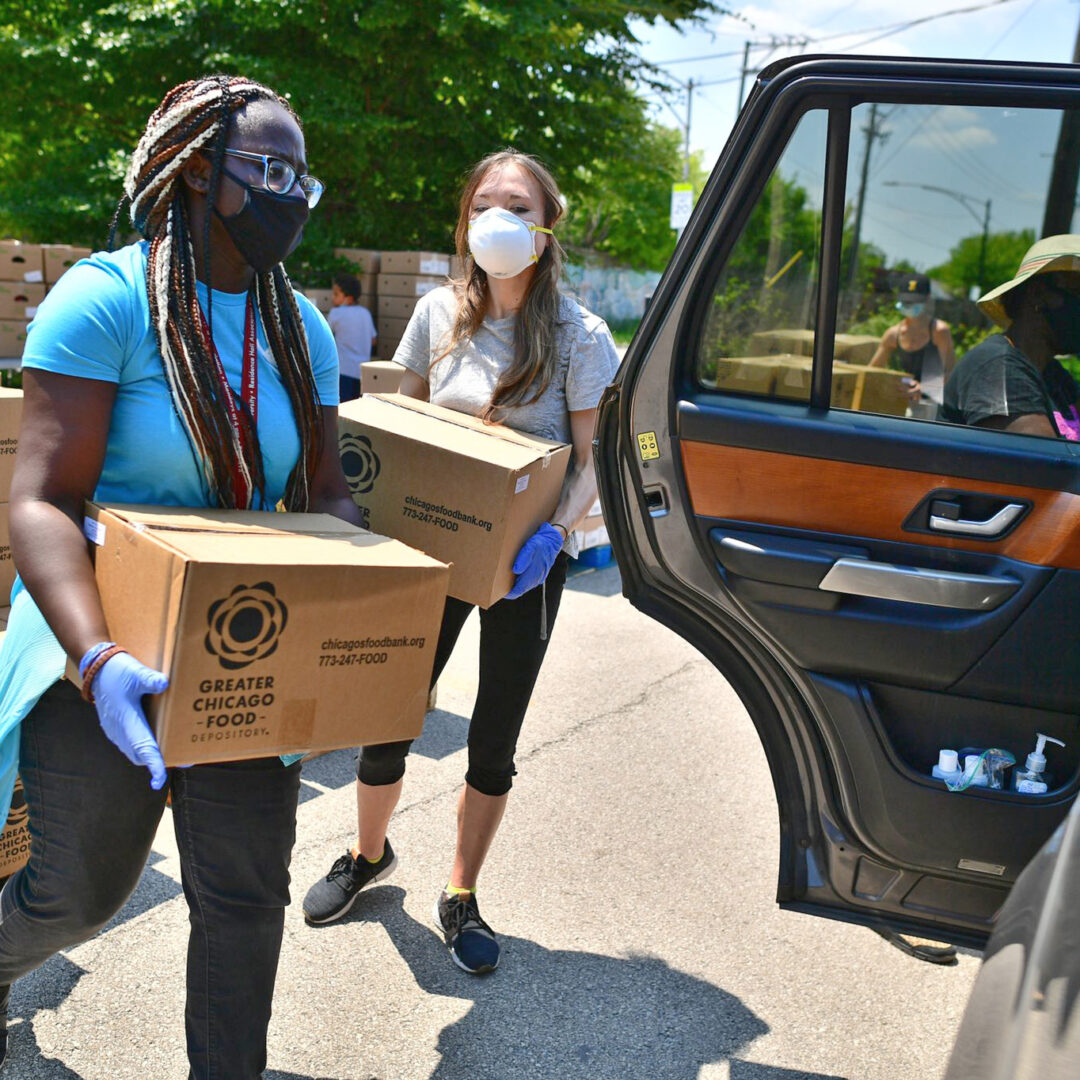