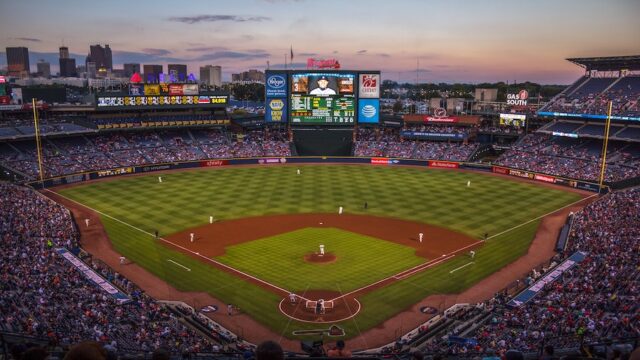 As you begin to negotiate the issues that impact Major League Baseball (MLB) and the Major League Baseball Players Association (MLBPA) in advance of the 2021 Collective Bargaining Agreement (CBA), we urge you to include one change that should no longer be controversial: prohibit the use of all commercial tobacco products by all players, managers, coaches, other personnel and fans at all MLB venues. Given the historic impact that tobacco use by baseball players has had on youth tobacco use and the devastating toll of tobacco on America’s children and families, it is vitally important that baseball completes the process begun nearly 30 years ago and fully prohibits tobacco use in the game.

In 1993, Minor League Baseball prohibited the use of all tobacco in the minor leagues, to “break the link between baseball and tobacco.” Nearly 20 years later, the 2012 CBA began to extend this process to the major leagues by restricting the use of smokeless tobacco during TV interviews and prohibiting players from carrying tobacco pouches or tins in the ballpark when fans were present.

Then, in June 2014, Hall of Famer Tony Gwynn died at age 54 after a long battle with salivary gland cancer, which he attributed to his longtime use of chewing tobacco. Just two months later, former Red Sox pitcher Curt Schilling, only 47, announced his treatment for oral cancer that he said was “without a doubt, unquestionably” caused by 30 years of chewing tobacco. Starting in 2015, these events led cities and states across the country to pass ordinances and laws to prohibit the use of smokeless tobacco at sports venues; today, more than half of major league ballparks (16 out of 30) are now completely tobacco-free. When locales as geographically and politically diverse as Arizona, Tampa Bay, Seattle, St. Louis and Milwaukee join iconic baseball cities like New York, Boston, Los Angeles and Chicago to protect their kids from tobacco, it is clear that the time has come to eliminate the use of tobacco in all major league ballparks.

In the 2016 CBA, MLB and the MLBPA recognized this trend and took another strong step by prohibiting the use of tobacco by any new players. However, the policy only applied to players who entered the majors after the 2016 season, and left hundreds of veteran players to continue using tobacco in front of fans. While it paved a pathway for eventual elimination of tobacco from the game, it continued to allow our kids’ heroes to model this addictive and deadly behavior during games.

Most recently, as a result of policies implemented by MLB and the MLBPA in response to COVID-19 in the summer of 2020, all baseball games in the last two seasons have been played tobacco-free. The players and teams have proven over the last two seasons that there is no reason whatsoever to continue to allow tobacco use by major league athletes while playing the game.

Smokeless tobacco use by MLB players endangers the health of impressionable youth who follow their lead, as well as the players themselves. It sets a terrible example for the millions of young people who watch baseball and see their favorite players and managers using tobacco. Smokeless tobacco use in baseball reinforces the tobacco industry’s message that teen boys cannot be real men unless they chew. The Centers for Disease Control and Prevention (CDC) has noted, “Athletes serve as role models for youth, and smokeless tobacco manufacturers have used advertising, images, and testimonials featuring athletes and sports to make smokeless tobacco products appear attractive to youth.”

Tobacco remains the No. 1 preventable cause of death in the United States, and for years, our health organizations have called for an end to smokeless tobacco in baseball. Public health experts – including the CDC, U.S. Surgeon General, U.S. National Cancer Institute and World Health Organization – have all concluded that smokeless tobacco use is dangerous.

Smokeless tobacco contains at least 28 known carcinogens and has been found to cause oral, pancreatic and esophageal cancer, nicotine addiction and other serious health problems like gum disease, tooth decay and mouth lesions. The evidence is overwhelming; the time to act is now.

A prohibition on all tobacco use within baseball facilities will not affect what players can do in their personal lives, although they should be provided with cessation assistance and encouraged to quit using tobacco for their own health. Baseball stadiums, however, are workplaces and public places. It is entirely appropriate and legal to restrict the use of a harmful substance in such a setting. While players are on the job, they have a responsibility to set the right example for kids.

For years our Knock Tobacco Out of the Park campaign has worked with youth, parents and civic leaders across the country to get smokeless tobacco out of baseball. And while we’ve had great success in our city-by-city effort to prohibit all tobacco use in baseball stadiums, we will not be able to rest until the owners and players reach an agreement on a permanent end to smokeless tobacco in baseball once and for all.

Our national pastime should be about promoting a healthy and active lifestyle, not a deadly and addictive product. We strongly urge MLB and the MLBPA to realize the inevitability of tobacco-free baseball and to agree to a complete prohibition on smokeless tobacco use in all major league stadiums as part of the next collective bargaining agreement. For the millions of children and families who love baseball and revere their favorite players, and for the health of the players themselves, the time has come to remove all tobacco use from baseball. We look forward to hearing from you about this important issue. Please contact us through Matthew Myers at the Campaign for Tobacco-Free Kids at 202-296-5469 or mmyers@tobaccofreekids.org.