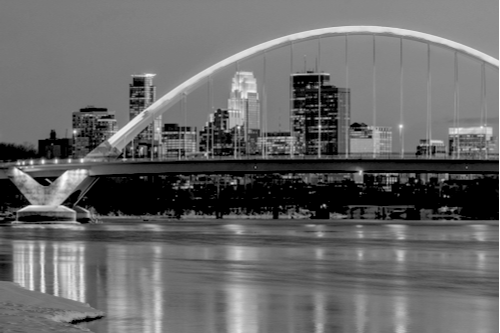 Violence, particularly among youth, is an epidemic in American cities. Youth violence is one of the leading causes of injury and death for young people aged 10-24 years old, and in many of the country’s largest jurisdictions, homicides and violent crime rose significantly in the first half of 2015.

Meanwhile, the Attorney General’s National Task Force on Children Exposed to Violence reports that 46 million of the nation’s 76 million children – roughly 60 percent – are exposed each year to violence, crime and abuse. The result: the nation pays a high price in lives, money and in lost potential.

Those who experience repeated exposure to violence can begin to process the experiences as something that is part of normal social life. Consistent exposure to violence at home or in the community can become desensitizing to individuals. Violence makes it hard to feel safe, leading to anxiety, depression, less physical activity in communities, and social isolation.

Many cities look to law enforcement-driven policies to stem violence, but in recent years more and more cities have taken a public health approach to violence. Boston, Kansas City and Minneapolis are among those showing that when violence—and its root causes—is addressed as a contagious disease, significant progress can be made in reducing and preventing it.

In 2008, the City of Minneapolis implemented a multi-faceted, multi-sector plan, called Blueprint for Action: Preventing Youth Violence. The Blueprint takes a population-based, public health approach to violence, treating it as an epidemic, like tuberculosis or polio. The public health approach promotes strategies that reduce the factors that put people at risk of experiencing violence and that increase the factors that protect or buffer people from risk.

“Overall, our big picture is that violence is a preventable outcome,” says Sasha Cohen, Youth Violence Prevention Coordinator at the Minneapolis Health Department. The Blueprint’s collaborative approach brings local government, schools, juvenile corrections, nonprofits and philanthropy organizations together to identify problems, design solutions, set goals and measure results. “That’s the strength of our program, we bring partners together. We can’t police ourselves out of a youth violence problem.”

Every other Monday, a core group representing several of the Blueprint partners meets to gather intelligence and ensure that the city and involved partners are working toward common goals of reducing youth violence. Tweaks are made when needed. The effort boasts an array of innovative efforts to tamp down violence, including the Juvenile Supervision Center (JSC).

The JSC provides supervision and referral services to youths aged 10-17 picked up by police officers in Hennepin County for truancy, curfew and minor offenses that do not warrant admission to the Hennepin County Juvenile Detention Center. Open around the clock, the JSC attempts to assess and address juvenile delinquency risk factors, while reconnecting kids with their families. The JSC provides a range of services—from assisting with parental involvement, providing enriching activities and information on rights and responsibilities to connection kids and families to resources, case management services and connections to needed social services, including housing and mental health counseling.

“We’ve seen great success with this program,” says Josh Peterson, Youth Intervention Coordinator at the health department, adding “80 percent of young people who show up don’t come back within the year.” That’s the point: youth potentially heading down the wrong track get put back on the straight and narrow. In 2014, the JSC had visits from nearly 1,400 young people. Of those, nearly 500 participated in case management aftercare services. Among those receiving case management services, 83 percent decreased high-risk behavior, 88 percent did not re-enter the JSC within six months of case closure, and 86 percent increased school attendance by at least 5 percent, says Peterson.