MAT Act’s passage is a critical step in overdose prevention 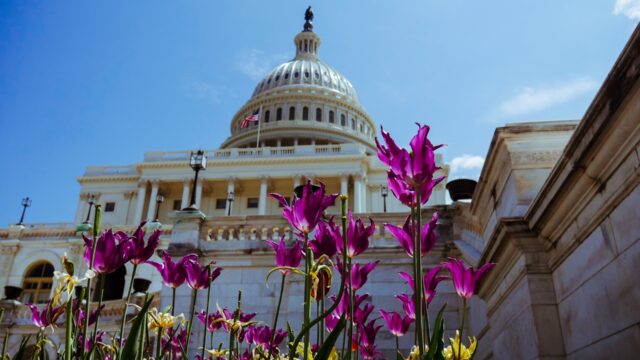 This week, Congress passed the Consolidated Appropriations Act for 2023, which includes significant legislation to address the worsening overdose crisis. The Big Cities Health Coalition applauds the passage of the bill and its Mainstreaming Addiction Treatment (MAT) Act provision, which will remove federal barriers to medications for opioid use disorder, reduce stigma, and increase access to life-saving treatment that prevents overdoses and supports recovery.

“Passage of the MAT Act is a major victory for big city health departments, giving them a key tool they need to address the unique treatment needs of their communities—and to help save tens of thousands of lives each year,” said Chrissie Juliano, executive director of the Big Cities Health Coalition.

In 2021, the U.S. lost nearly 108,000 people to drug overdoses—an unfathomable tragedy. Each person who died from an overdose has left behind family members, friends, and communities. Without action, we are projected to lose one million more loved ones to drug overdoses by 2030.

The MAT Act will help turn the tide of the overdose crisis by saving thousands of lives from overdoses and supporting long-term recovery from opioid use disorder. Overdose deaths are preventable through evidence-based treatment, including medication that prevents painful withdrawal symptoms and that stems opioid cravings. But due to outdated federal rules, only about 1 in 10 people in need receive medications for opioid use disorder, including buprenorphine, which is recognized as a gold standard of care.

The MAT Act removes these onerous, outdated federal rules and empowers all health care providers with a standard controlled medication license to prescribe buprenorphine for opioid use disorder, just as they prescribe other essential medications. The MAT Act will help destigmatize a gold standard of care for opioid use disorder and will integrate substance use disorder treatment into primary care and behavioral health care practices, emergency departments, hospitals, and the health care system as a whole. By passing the MAT Act, Congress has acted to prevent future overdose deaths and support people with substance use disorder in securing recovery.

The Big Cities Health Coalition is one of nearly 550 organizations that called on Congress and the White House to pass the MAT Act. This Congress, the MAT Act won more than 275 Democratic, Republican, and Independent cosponsors in the House (H.R.1384) and the Senate (S.445)—a testament to the policy’s overwhelming bipartisan support. Both President Biden’s and President Trump’s former Directors of the Office of National Drug Control Policy called for Congress to pass the MAT Act. They joined the bipartisan U.S. Commission on Combating Synthetic Opioid Trafficking in urging Congress to adopt the policy. The MAT Act was among the most broadly supported pieces of overdose prevention legislation introduced this session. Congress’ passage of the MAT Act is a significant step towards ensuring that everyone with substance use disorder receives the care they need to be well. The Big Cities Health Coalition looks forward to President Biden’s signing of this bill that will open the doors of recovery to countless people in need.