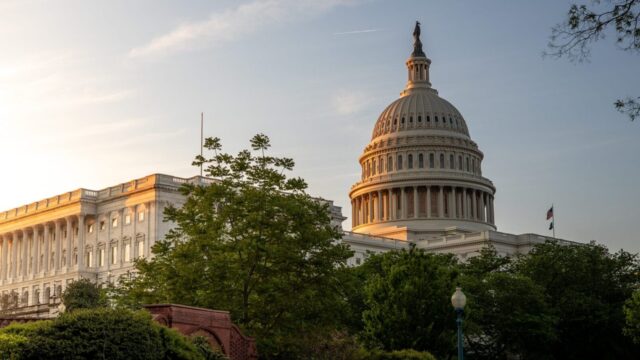 As your Subcommittees move forward with the FY 2023 Labor, Health and Human Services, Education and Related Agencies Appropriations bill, we urge you to increase funding for the Centers for Disease Control and Prevention’s (CDC) Office on Smoking and Health (OSH) by $68.5 million, for a total of $310 million. This increase would help OSH respond to high rates of e-cigarette use among youth and the devastating toll that tobacco* continues to take on our nation’s health.

* References to tobacco in this letter refer to commercial tobacco and not ceremonial tobacco which is used by some American Indian communities.

Tobacco use has long been the leading preventable cause of death in the United States. Tobacco is responsible for more than 480,000 deaths and approximately $226 billion in health care costs in the United States each year. Nearly one in three heart disease deaths and cancer deaths and nearly eight in 10 chronic obstructive pulmonary disease (COPD) deaths are caused by tobacco use. Tobacco use almost always begins during adolescence, and most adult smokers want to quit, but overcoming an addiction to nicotine is difficult and often requires multiple quit attempts.

Youth continue to use e-cigarettes at alarming levels. CDC and the Food and Drug Administration’s (FDA) most recent National Youth Tobacco Survey showed that more than 2 million middle and high school students reported using e-cigarettes in the first half of 2021, even when many schools were closed because of the COVID-19 pandemic. In 2021, 43.6 percent of all high school e-cigarette users used e-cigarettes on 20 or more days a month and 27.6 percent reported daily use, a sign that youth are addicted or at risk of addiction. Studies also show that young people who use e-cigarettes are more likely to become smokers. A more robust public health response is needed to prevent e-cigarettes from placing a new generation at risk for nicotine addiction and tobacco use.

Tobacco use is also a significant contributor to health disparities. While smoking rates overall have declined, smoking has become more concentrated among certain groups and in particular regions of the country. People with lower incomes and lower levels of education, Native Americans, people with behavioral health conditions, and LGBT Americans all have disproportionately higher rates of tobacco use, placing them at greater risk for tobacco-caused diseases such as heart disease, cancer, and respiratory disease. Black Americans die from smoking-caused diseases at far higher rates than other Americans despite starting to smoke at a later age, smoking fewer cigarettes per day, and being more likely to make a quit attempt.

OSH has a vital role to play in addressing tobacco use. OSH provides grants to states and territories to support tobacco prevention and cessation programs, runs a highly successful national media campaign called Tips from Former Smokers (Tips), conducts research on tobacco use, and develops best practices for reducing it. Additional resources will allow OSH to address the threat to public health posed by high rates of youth e-cigarette use while continuing to prevent and reduce other forms of tobacco use. With additional resources:

We appreciate that the FY 2022 Labor, Health and Human Services, Education and Related Agencies Appropriations bills included a $10 million increase for OSH. While the Consolidated Appropriations Act, 2022 (P.L. 117-103) increased funding for OSH by $4 million in FY 2022, additional investments in tobacco prevention and cessation will save lives, reduce tobacco-related health disparities, and reduce the cost of treating tobacco-caused disease. We urge you to increase funding for CDC’s OSH from $241.5 million to $310 million, which will enable CDC to address the challenges posed by e-cigarettes, continue to make progress reducing the death and disease caused by other tobacco products, and strengthen efforts to assist groups disproportionately harmed by tobacco products.