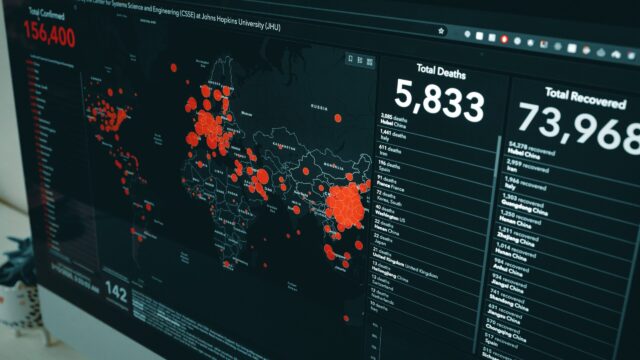 WASHINGTON, D.C. – A new report released by the Big Cities Health Coalition (BCHC) and the Council of State and Territorial Epidemiologists (CSTE) shows that big city health departments are in dire need of epidemiologists, putting the nation’s efforts to combat current and future pandemics at risk. To reach full capacity, BCHC departments reported they would need to increase the number of epidemiologists by nearly half (an increase of 47%).

“Central to getting the pandemic under control is focusing on major cities, which are critical population, employment, and economic centers,” said Chrissie Juliano, MPP, Executive Director of the Big Cities Health Coalition. “Nearly 1 in 5 Americans live in our member cities, and right now, cities are short staffed, including among epidemiologists responding to a number of threats to public health.”

“This report shows that we need more epidemiologists in cities like mine, and that federal resources to fight COVID-19 are not reaching health departments on the front lines where they are needed most,” said Mysheika Roberts, MD, MPH, Columbus Health Commissioner and Chair, Big Cities Health Coalition. “The past two years have taken a tremendous toll on public health departments of all sizes and emergency COVID funding will soon disappear, presenting yet another ‘funding cliff’ for public health. Cities need direct, sustained funding to make our nation prepared for the next pandemic and to fight ongoing health crises like gun violence and the opioid epidemic.”

“Epidemiologists are crucial to our nation’s ability to respond to the Covid-19 pandemic, and cities need far more of these specialists to get the job done,” said Janet Hamilton, MPH, Council of State and Territorial Epidemiologists Executive Director. “These ‘disease detectives’ collect, analyze and deliver timely outbreak data to inform both policymakers and the public where outbreaks are happening and how they can be stopped. This study makes clear what we knew anecdotally: big cities need more staff and resources to address the magnitude of the public health concerns in their jurisdictions.”

In order for leaders to make decisions for their communities, reflecting conditions on the ground, every city needs greater capacity to analyze data on the pandemic and other acute crises like opioids and gun violence. This report shows that right now, cities don’t have the disease control experts they need to do so.

The report also shows that a lack of epidemiologists in local health departments means that health officials are making tough decisions, often diverting key staff from challenges like surging gun violence and overdoses in cities, to address the Covid emergency.

Cities remain short-staffed to fight Covid-19, opioids, violence, have large number of vacant positions for epidemiologists across the board

Cities report 177 vacant epidemiologist positions in 2021, more than double those open in 2017, when they only reported 83 vacancies.

A total of 48% of the BCHC epidemiologists are working on Covid, with an additional 27% focusing on infectious disease, and an additional 8% as generalists. Despite this, to reach full capacity, cities reported that the greatest number of positions needed were in Covid-19 (127) and infectious disease (174). Epidemiology capacity is defined as “the ability of your health department to lead epidemiologic activities, provide subject matter expertise, and apply for, receive, and manage resources to conduct key epidemiologic activities.”

Over the last five years, key program areas such as chronic disease and preparedness experienced a decline in the number of epidemiologists. This makes us less prepared for the next pandemic and highlights a significant lack of capacity to collect and analyze routine data for challenges like obesity and tobacco, let alone emergent health risks.

It’s clear that cities are moving scarce resources and staff to address Covid-19 and the opioid crisis, with an increased emphasis in substance abuse and mental health.

Since 2001, the Council of State and Territorial Epidemiologists (CSTE) has conducted periodic Epidemiology Capacity Assessments (ECAs) to assess numeric and functional applied public health epidemiology capacity in the United States and its territories. CSTE first collaborated with the Big Cities Health Coalition (BCHC) in 2017 to conduct an ECA in BCHC-member jurisdictions.

The Big Cities Health Coalition is a forum for the leaders of America’s largest metropolitan health departments to exchange strategies and jointly address issues to promote and protect the health and safety of the nearly 62 million people they serve. Together, these public health officials directly affect the health and well-being of nearly one in five Americans. https://www.bigcitieshealth.org/