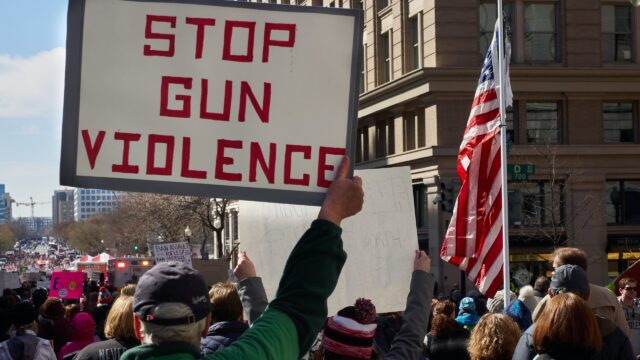 I write on behalf of the Big Cities Health Coalition (BCHC), a forum for leaders of America’s largest metropolitan health departments to exchange strategies and collaboratively address issues to promote and protect the health and safety of the nearly 62 million people they serve. BCHC is pleased to support the rule on so-called “ghost guns” that has been proposed by the Bureau of Alcohol, Tobacco, Firearms and Explosives (ATF), and we urge ATF to finalize the rule as proposed and treat ghost guns the same as other guns.

2021 is on track to be the most violent year in the US ever. This level of violence in our communities in unacceptable. One of BCHC’s policy priorities is to address and prevent violence, including enacting commonsense laws to reduce access to guns, particularly among youth and those most at risk of harming themselves or others, positions that the vast majority of Americans support as well. Local health departments are responsible for protecting the health and well-being of residents within their jurisdictions. In addition to addressing infectious and chronic diseases, they address the epidemic of violence, and its consequences, each and every day. Health officials work to implement best practices around violence interruption, such as intervening to stop retaliatory violence, supporting trauma-informed care, and addressing the social determinants of health, i.e. income, housing, and education.  A comprehensive public health approach to community resilience allows individuals to beat the odds of being impacted by violence, while also looking upstream to prevent the root cause of violence.  It means creating communities where residents can be healthy and safe, through commonsense gun policy, improved access to quality education, and good jobs for families.

Ghost guns are do-it-yourself firearms that can be acquired without a background check and lack serial numbers, so they cannot be traced by law enforcement. By selling the key components of firearms as intentionally unfinished rather than fully assembled firearms, ghost gun companies manage to skirt federal gun laws. Buyers who are not required to pass background checks can quickly and easily convert these unfinished parts into fully functional firearms using common household tools.

As a result, nothing is stopping a person who is prohibited from possessing a firearm from making a ghost gun. Ghost guns are frequently moved by traffickers because they are easier to obtain and harder to track than traditional firearms, leading to more and more ghost guns being traded in the black market and used in criminal activity. Ghost guns have been used to shoot police officers, commit mass shootings, and murder children, and extremist groups are increasingly arming themselves with these dangerous weapons.

ATF’s proposed rule would change the definition of “firearm” to include components that are intentionally left unfinished. As a result, these parts could only be sold after a background check, and would have to be serialized. This would help stop the flow of these dangerous, untraceable weapons to people legally prohibited from possessing guns.

This is a commonsense solution to a critically important problem. BCHC wholly supports this rule and urge its immediate adoption. Swift passage of this proposed rule is a critical step in reducing gun violence injury and death.

The Big Cities Health Coalition is ready to work with ATF and others to develop and implement evidence-based, data driven solutions to address violence across the country. We thank you for your work on these issues, and we appreciate the opportunity to comment. We look forward to working with you to best protect our residents from this devastating epidemic. Please do not hesitate to reach out to us as you move forward. You may reach BCHC staff or our members collectively by contacting me at  juliano@bigcitieshealth.org.