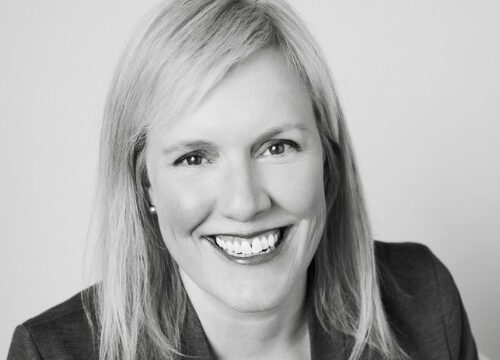 Kirsten Johnson has spent the last decade working in health policy as a fellow and as a local Health Officer. In 2018-2019 Kirsten was a Robert Wood Johnson Foundation Health Policy Fellow and served as the health policy advisor for Representative Ron Kind (WI-3) in the U.S. House of Representatives. There she worked on bills to stabilize the Affordable Care Act, broaden FMLA, address health inequities including maternal mortality, increase Medicare access for organ donors and recipients, increase public health funding, and others. She worked closely with the House Ways and Means Committee staff on a broad range of health policy challenges.

As Commissioner of Health, Kirsten has led the pandemic response in the city of Milwaukee and has been working diligently to rebuild the foundation of the Milwaukee Health Department, the lead program and address racism as a public health crisis. As Health Officer in Washington and Ozaukee Counties, Kirsten was recognized for her leadership of the merged Washington Ozaukee Public Health Department. The merged department is the first county-county health department in Wisconsin. Ms. Johnson has worked diligently since January 2015 to reorganize, align services, and modernize the joint department. She formed a new, independent Board of Health, broadened the department’s population health and equity focus, and positioned the new department to act as the Chief Health Strategist in both counties while improving the efficiency and effectiveness of department programs.

Ms. Johnson first became interested in public health while serving as a Peace Corps Volunteer in Mali, West Africa. There she worked with rural midwives on malaria prevention, nutrition, pre and post-natal care, AIDS prevention, family planning and women’s literacy programs. Upon return to the United States in 2001 Kirsten received her Master of Public Health degree from Tulane University School of Public Health and Tropical Medicine. Other past experience includes Health Officer of the Ozaukee County Public Health Department, Program Manager of the Healthy Wisconsin Leadership Institute, where she worked with over 600 public health professionals in Wisconsin on collaborative leadership and community partnerships and the National Center of Excellence in Women’s Health in New Orleans where she worked on reproductive health issues with adolescent girls and cardiovascular disease prevention in African American and Latino women.